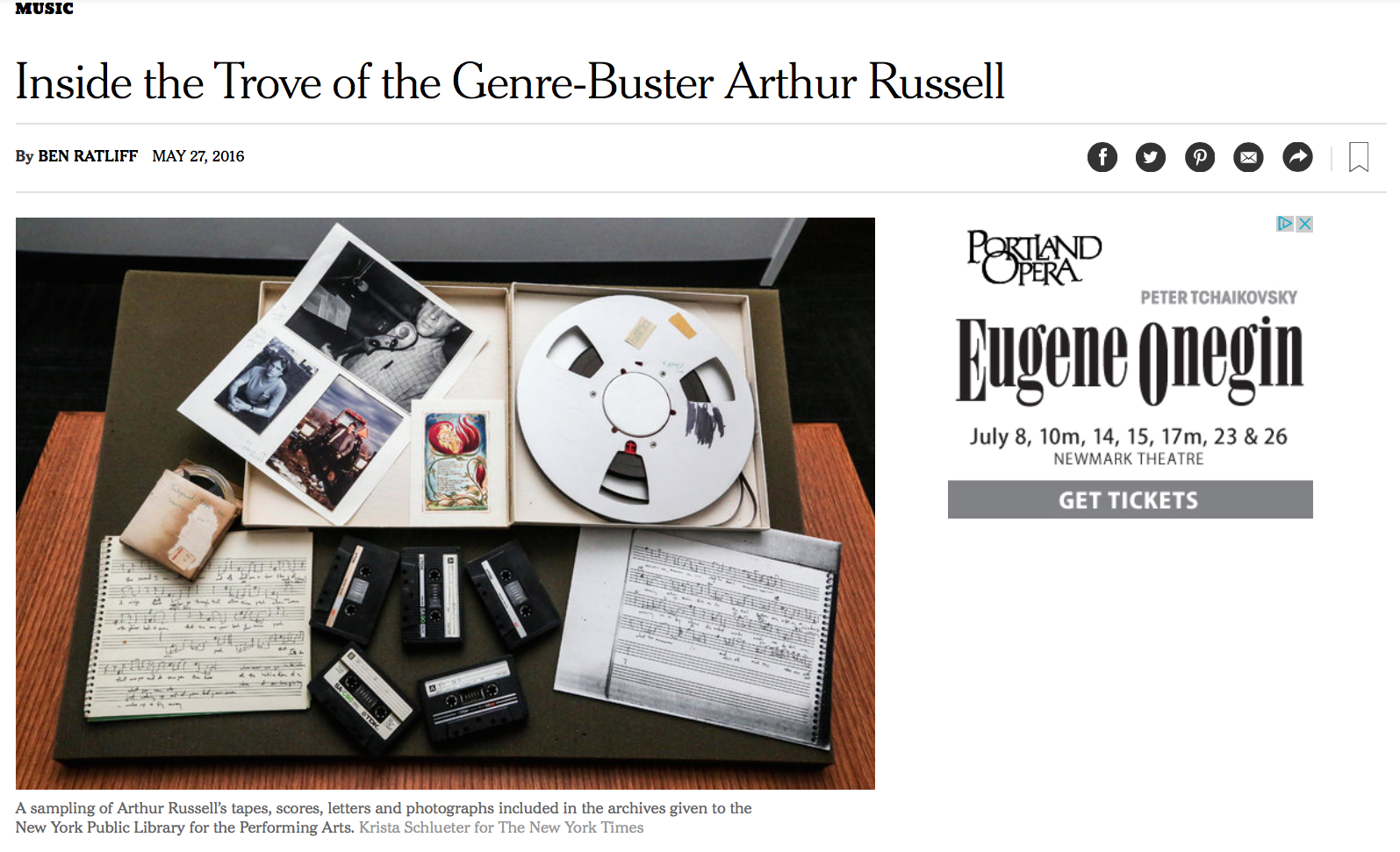 In May 0f 2016 it was announced that the archives of Arthur Russell were being relocated to the New York Public Library, where they will be organized and made available to the public.

Ben Ratliff of the New York Times visited the archives in preparation for his article, for which he interviewed myself and others. Ratliff gave my research some lovely attention, especially in the accompanying podcast, which is a nice introduction to Arthur for newcomers. From the podcast:

"I wanna give it up one more time to Matt Marble, the scholar who I think has done some groundbreaking work. Because other than Tom Lee, Arthur Russell’s partner, and Steve Knutson, who’s been putting out all these issues of Arthur Russell records—I think Matt Marble is maybe the only person who has heard as much as there is to hear (or that he’s able to hear), and who’s gone through the archives so finely—like, he really knows the papers. And actually, talking to him, he brought up the concept of intuition. He said to me that in music—I’m gonna just quote from our conversation:

In music we don’t really talk about intuition, even though everybody knows its a core part of music. When we’re talking about intuition we tend to reduce it to jazz—to improvisation. What Arthur Russell’s music shows is that he developed his own discipline of intuition."