EVA PALMER-SIKELIANOS • Musical Fragments from the High Priestess of Delphi

Musical Fragments from the High Priestess of Delphi

The music collected here is all from public online sources--including recording flaws and ambient noise. Due to the latter issues, I added reverb to enhance the voice. Track 3 (The Persians) is from a youtube video posted by vocalist Konstantinos Paliatsaras. All of the other tracks are sourced from scholarly

The music collected here is all from public online sources--including recording flaws and ambient noise. Due to the latter issues, I added reverb to enhance the voice. Track 3 (The Persians) is from a youtube video posted by vocalist Konstantinos Paliatsaras. All of the other tracks are sourced from scholarly Greek-language lectures, programmed by Panagiotis Andriopoulos and featuring the Polytropon Ensemble.

CLICK ON IMAGE 👇 Listen to my podcast on Eva

Born in Gramercy Park, NYC, Eva Palmer-Sikelianos (1874-1952) was an American composer, choreographer, master weaver, and Sapphic feminist, whose devotion to ancient Greek traditions helped inspire a modern revival of ancient Greek culture. After some Dyonisian years in Paris with Sapphic literati, Natalie Barney, Eva married Greek poet, Angelos Sikelianos. Both were inspired by Theosophy and esotericism and viewed ancient Greek traditions as a model and means of harmonizing both world religions and society at large. Relocating to Greece, the couple together pioneered the revival of the Delphic Festival in 1927 and 1930, which launched the broader Delphic movement. This was reinforced in America when she founded the Delphic Society, which became a supportive haven for Theosophical artists like architect Claude Bragdon, painter Emil Bisttram, and Agni Yoga founders Nicholas and Helena Roerich.

Aside from her award-winning weaving practice, Eva's compositions were unique in their unadorned melodies, projecting the ancient into modernist music, well before minimalism. She studied Ecclesiastical Byzantine music with musicologist Konstantinos Psachos in Athens. Together they helped create a custom micro-tonal organ, the evion panharmonium, to play the 42 intervals unique to Byzantine tuning. In her stagings of ancient Greek tragedies during the late 1920s, Eva provided the choreography and hand-woven costumes, as well as some of the music. The rest of her music, mostly composed in the late 1930s and early 1940s, consistently focused on Greek-language monophonic chant, composed in Byzantine notation, for voice, flute, cello, and oboe. These were typically short musical text settings, featuring Biblical psalms, as well as the poetry of Walt Whitman, Robert Louis Stevenson, and others. This website is one of the few places you can hear Eva's music.

* Scroll down for VIDEO and IMAGES *

Rare video footage from the first modern Delphic Festival, held on May 9th, 1927:

IMAGES OF EVA, HER SCORES AND CLOTHING, THE DELPHIC FESTIVAL, AND MORE: 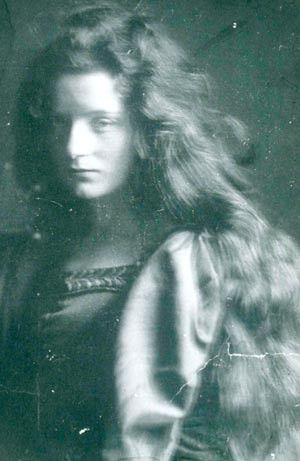 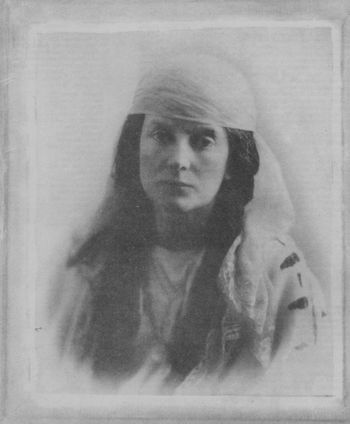 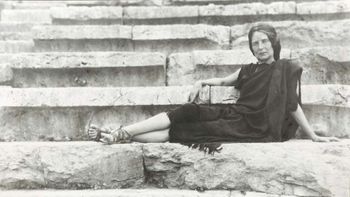 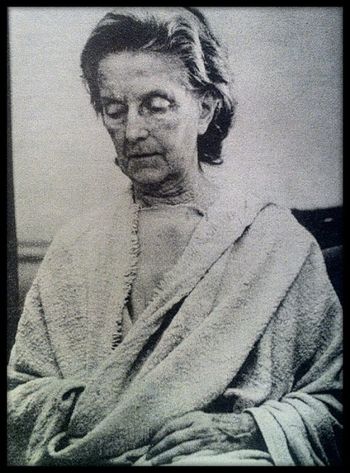 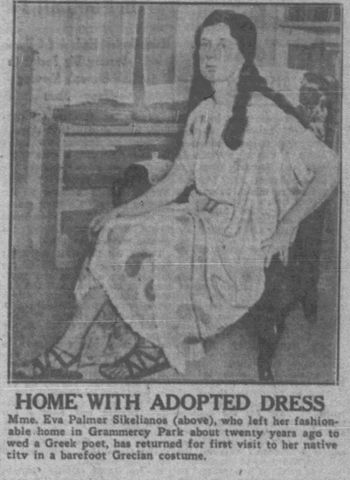 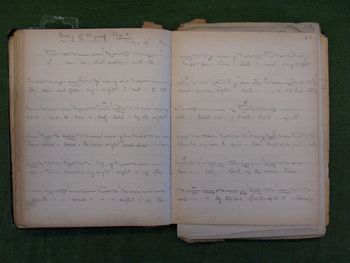 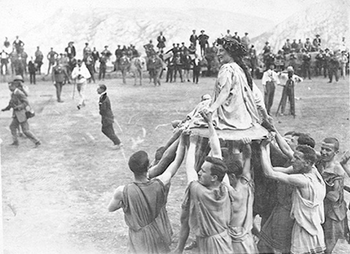 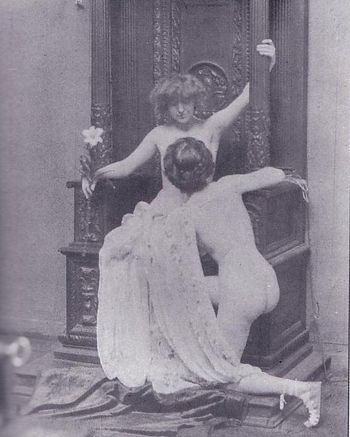 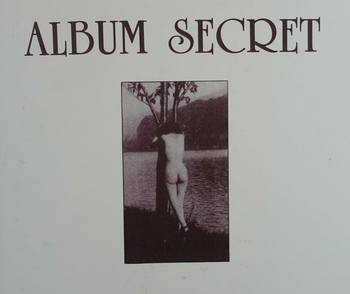 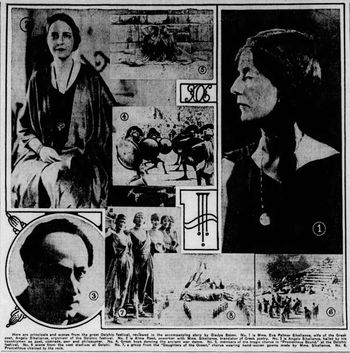 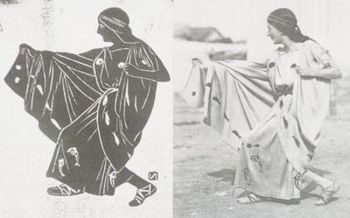 Eva displaying her designs based on depictions in ancient Greek art 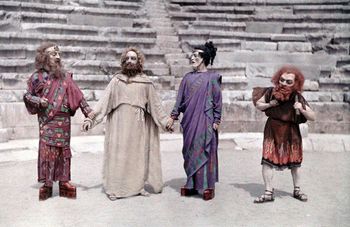 Performers at the Delphic Festival 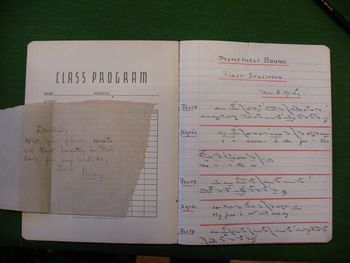 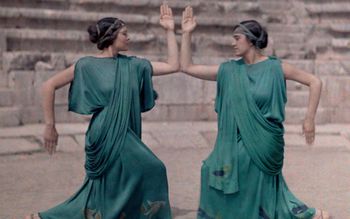 Two dancers at the Delphic Festival 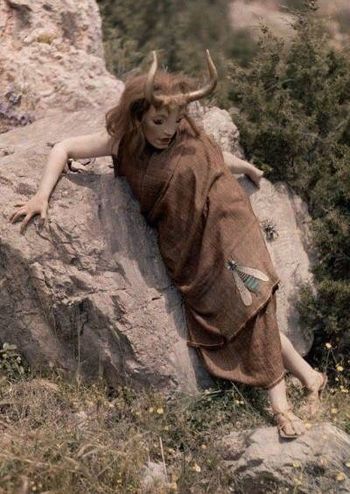 Performer from the Delphic Festival 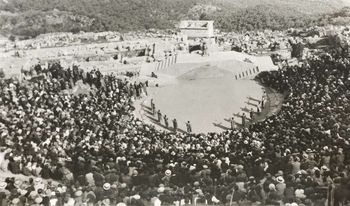 Scene from the Delphic Festival 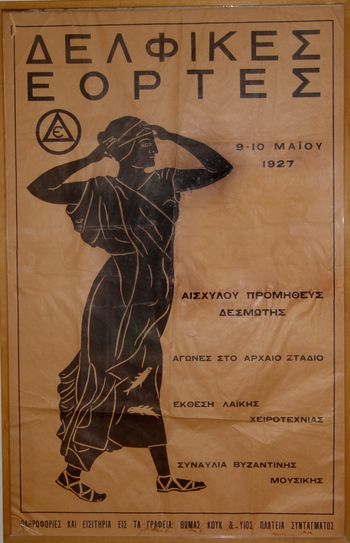 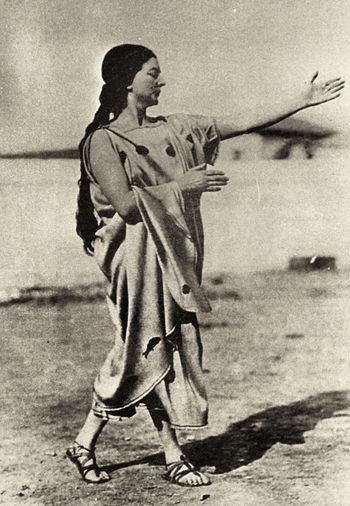 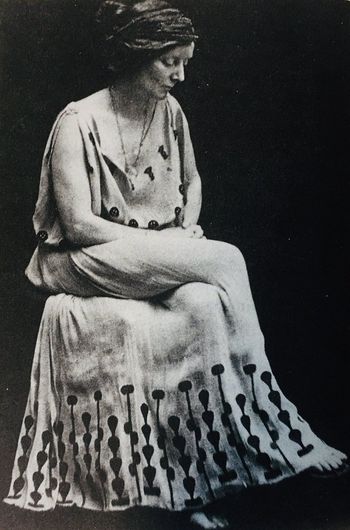 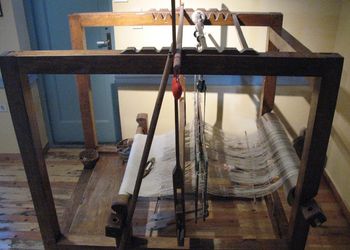 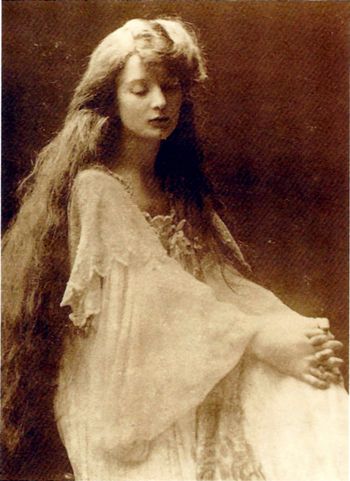 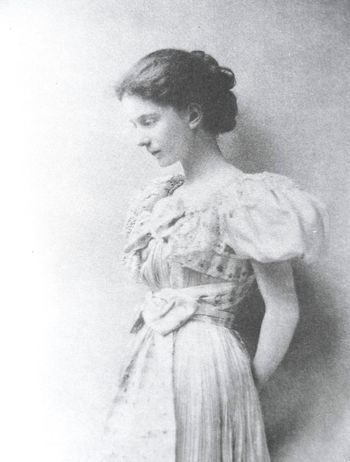 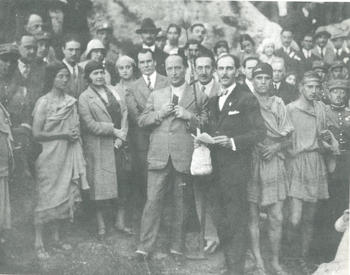 Angelos Sikelianos (center) and Eva (left) at the Delphic Festival 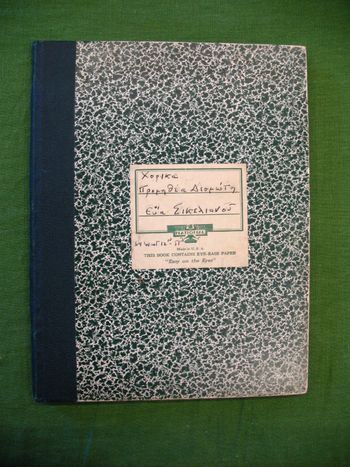 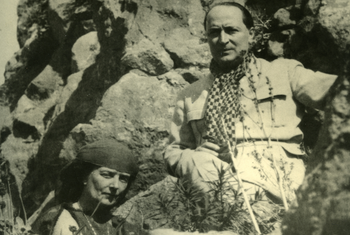 Eva with her then husband, the renowned Greek poet, Angelos Sikelianos 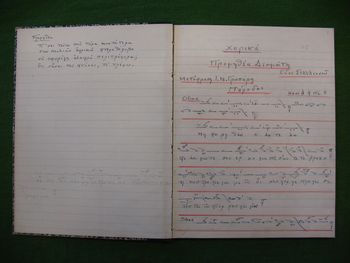